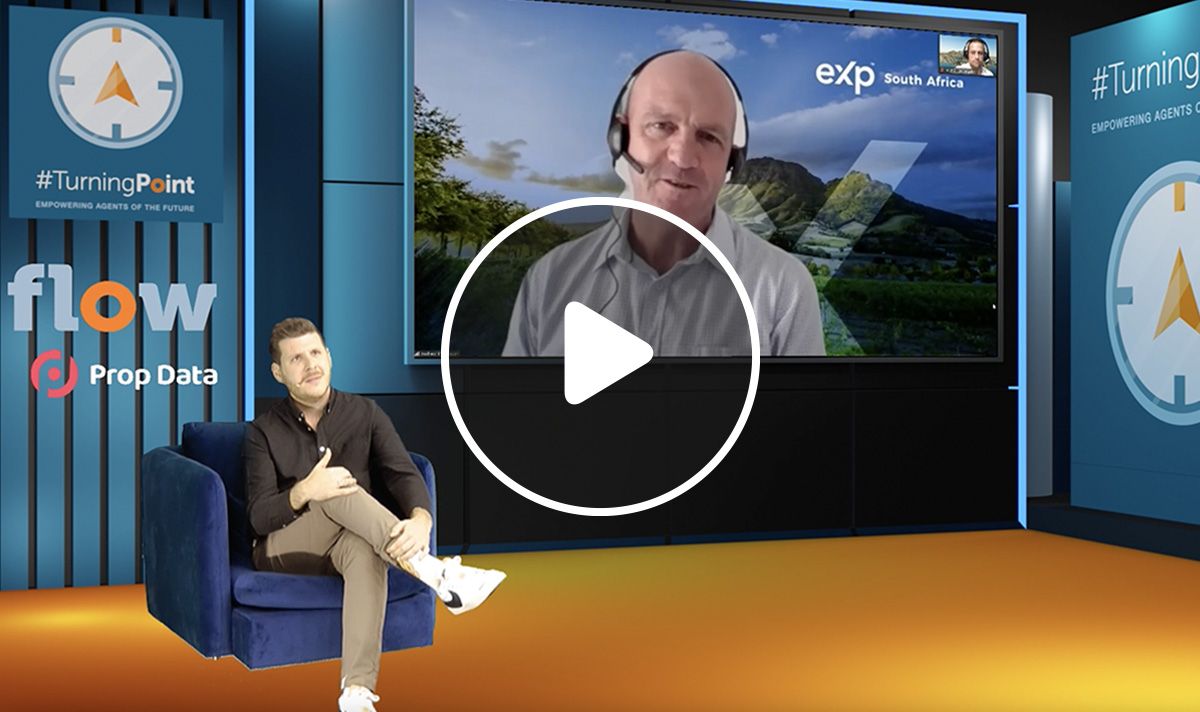 Real estate agents need to be on social media, for a variety of reasons – but, primarily, to generate the key ingredient to any property transaction: trust. Using social media platforms effectively to stay top of mind serves an agent well, because the more familiar any consumer is with something, the more they trust it.

Andrew Thompson, Managing Broker at eXp South Africa, says that social media now does the work that agents had to rely on billboards and streetpole ads for, before. “You look at clever and energized agents in the marketplace – they were previously reliant on visibility and physical networking to build their networks,” he says. “Social media is the new shop window for agents – and clever and proactive ones are using the analytics to attract the right type of audience, collect the right data and engaging their audiences through their network, to build bigger communities”.

“Real estate is a ‘people business’ and a property deal is likely the single biggest transaction any individual will ever make – so it’s essential to connect to audiences in a way that develops the agent’s reputation as a trusted partner for a deal,” concurs Flow’s Theo Visser. “With 26 million South Africans spending hours on social media platforms each day and increasingly turning to them to complete transactions, you have access to a super-engaged audience if you use social media properly, targeting them at a pre-determined frequency and reaching them by geography – and it’s all measurable”.

Social media’s targeting tools offer agents the ability to build their profiles as area specialists, claiming the suburbs in which they operate and dominating those areas. “It’s fundamental that agents showcase that they understand the areas they’re working in – demonstrating that they’re locals and have a story to tell,” says Visser. “It shows that they understand and are in the business of matching people to their dream homes”. Thompson says that a good agent knows the building, a great agent knows the neighbourhood and an excellent agent understands the community in which they operate. “An agent who understands how to communicate from an area perspective and extend that into social media circles can much more easily tap into relationships within the space and reach out beyond its boundaries to people looking to relocate to their area,” he says.

Testimonials are a potentially powerful tool – but only if they’re used correctly. “Testimonials can establish credibility and trust, reinforcing an agent’s position as the go-to person in their area – but to be most effective, the testimonials need to cite specific examples that highlight their excellent service and how they handle pain points for clients,” says Visser. “They’re a great opportunity to demonstrate the level you work at”. Thompson says they should be used to show that success breeds success. “Our starting measure to show individual success is to be recognised as a Cap Agent – we’ve just announced our fifth one,” he says. “Being recognised like that – and then sharing their achievement – is a great way to build a brag book to talk about their successes and share their positive references in the social media space at the right time to help boost credibility, trustworthiness and the like”.

Sold stock ads are another way of demonstrating an agent’s track record and show how they’re actively selling in the area. Social media allows agents to tell a story about the property and showcase the magnitude of what they can do. “A happy and excited agent brings happy sellers and over-the-moon buyers together in an environment that breeds success,” says Visser. “The extension into social media delivers an incredible storytelling opportunity for individual agents”.

Michiel de Vogeleer, eXp South Africa Real Estate Agent, says that Flow’s platform has cut out cold calling completely in his business. “Now I can focus on what is most important for sellers: closing deals through full spectrum marketing of their property,” he says. Although he started using Flow with an established social media following, he says that having big social media numbers is relative. “It’s about finding and harnessing networks with social media – it’s a tool you need to use to make network stronger. Even if your engagement isn’t high, it only takes one link and one click to get you a sale, if you have a solid reputation”.

He says that his focus on social media is on creating quality content that is easy on the eye. “You don’t want to spend the whole day creating content – you need to be spontaneous, diverse and show the person behind the agent to illustrate who a prospective client would be dealing with,” says Michiel. “At the end of the day, a property purchase is an emotional transaction, and when the buyer trusts and likes you, you’re immediately ten steps ahead of anyone else”.

Michiel says that tech has given us the ability to travel through space and time more efficiently and made the world smaller. “By combining social media advertising, organic reach and social media marketing, you can optimise your online presence and use it to build relationships,” he says. It has a snowball effect – the more properties you have, the more enquiries you draw the more referrals you get. People start coming to you because of the profile and trust you’ve built. How better to spark the flame of a referral than through effective social media marketing?”.