Pretoria-based real estate franchise, RealNet RainMaker, has seen unprecedented gains across volume of enquiries, reach, brand recognition, mandates and sales, on the back of implementing our property performance marketing tool, FlowFuel, in their business.

Their welcome to the proptech revolution has seen an increase of 30% in the volume of enquiries they receive from targeted and engaged buyers and sellers who have seen their ads on their social media platforms. Of those enquiries from laser-targeted social media ads, the franchise has seen 50% translate directly to viewings, with many deals currently in progress. 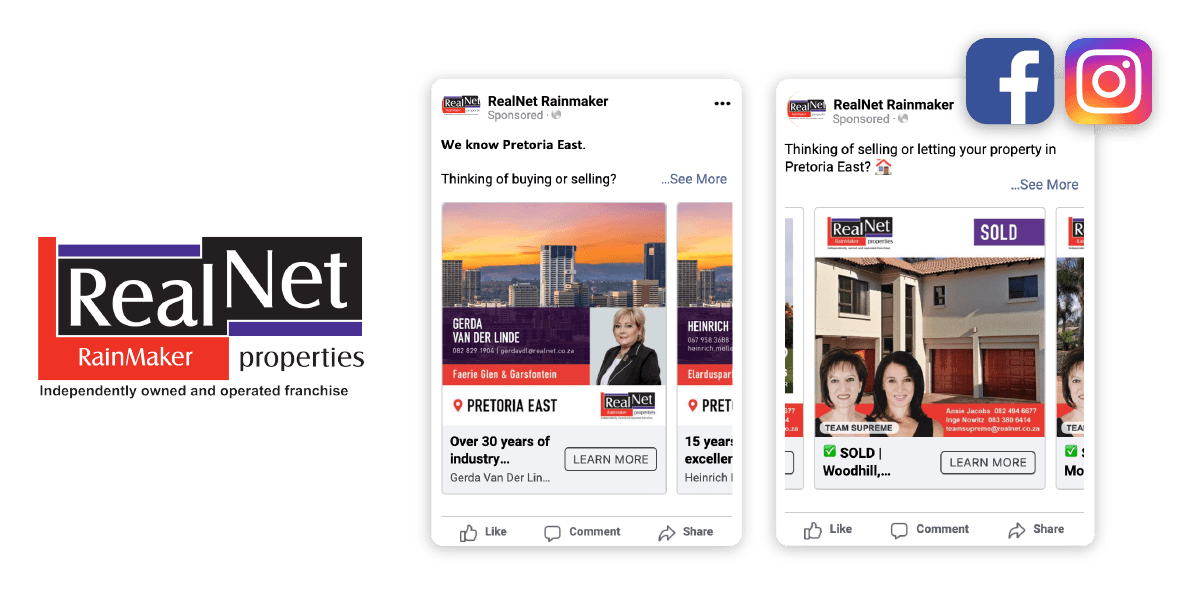 'Reach' is a metric that determines how many people have seen and recognised the brand consistently over the past few days - something impossible to measure with a billboard, but entirely measurable with digital tools. RealNet RainMaker's reach in their operating area of Pretoria East is at 70% - meaning that over 112,000 people in their target areas have seen their brand an average 4 times over the past 30 days.

According to Gerhard Kotze, MD of the RealNet estate agency group and Principal of RealNet's new RainMaker business platform for top performing Independent Contractors, the RainMaker team could never have achieved the results they have, without the automation opportunities afforded to them by the Flow platform. "Marketing on Facebook is so complex and time consuming - but FlowFuel has really focused and consolidated our online reach and it's amazing to see such tangible, measurable results that is making the business more profitable and the agents' job easier".

Kotze says that he wasn't entirely sure how the platform was going to do what it promised, but had a 'gut feeling' that it was exactly what his team needed. "I knew of Dan and Gil's experience in adtech and I was excited to see them bringing that successful formula into the property space," he says. "There's a bit of magic to what they do - but I'm so glad I trusted them and the Flow platform with our business, because it's really given us a huge advantage over our area competitors. We are in the process of rolling this out to the rest of the RealNet group - to ensure that we stay ahead of the PropTech curve and to give our RealNet Franchisees and Estate Agents the unfair advantage which FlowFuel has given us in our RainMaker franchise".

FlowFuel has proven particularly useful in boosting sales and presence for two top Sales Executives Hennie Steyn and Welma Deysel. Steyn has seen an increase in high-intent leads and translated a number of those, into deals. "It's been remarkable to see how many leads have been coming in from our social media platforms - I'd never have expected to be able to make a direct correlation between a social media ad and a sale," he says. 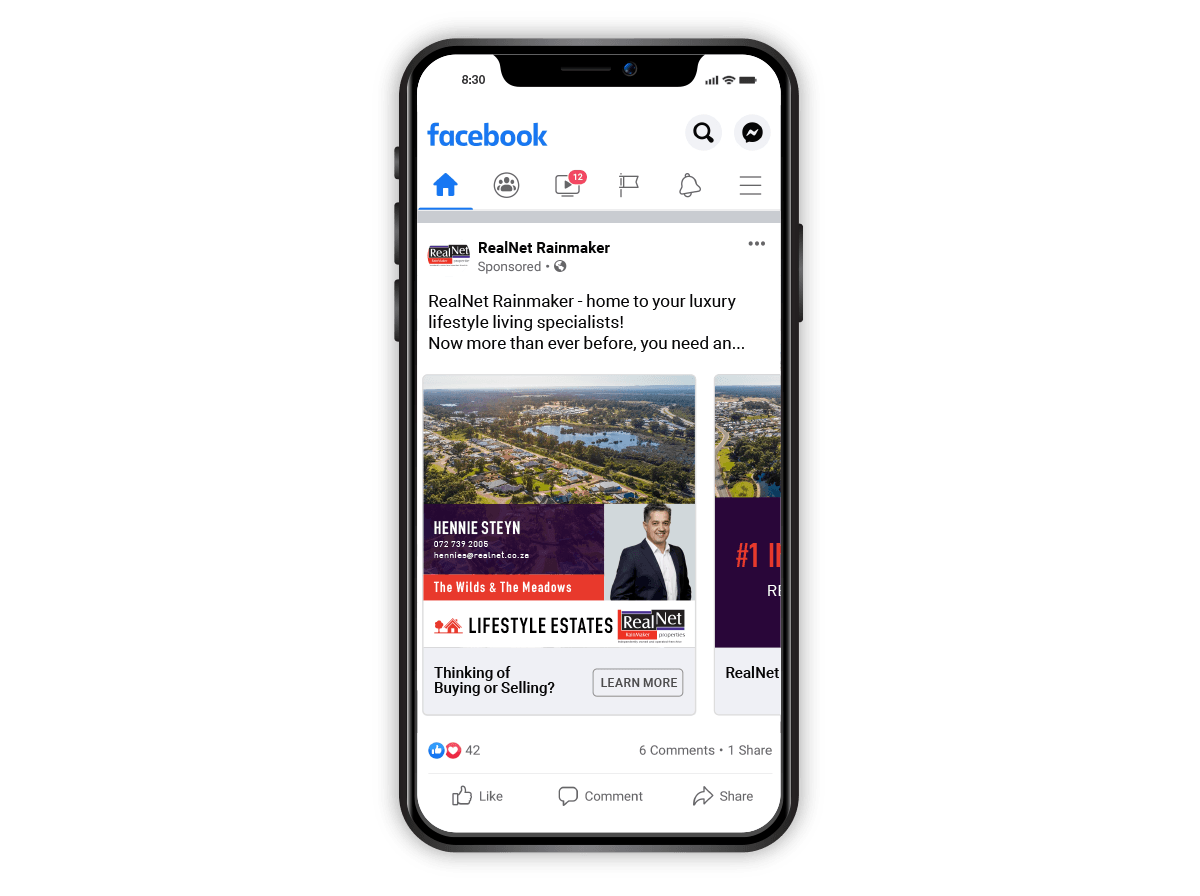 In Deysel's case, she's a vastly experienced agent, but had to cultivate a profile in a new area. FlowBrand's ability to increase her reach and recall has given her an instant, beneficial presence in the space. "It takes years to build a reputation, but I've been able to bring my experience to bear in a whole new area, with FlowBrand having given me the chance to build a brand much faster and more cost-effectively than I would have thought," she says.

"As I build a profile, I'm already attracting plenty of seller leads and have signed a few mandates for sales - while attracting interested and ready-to-go buyers".

FlowBrand unlocks value and does all the work with algorithms and formulas in the background, giving agencies the outright benefit of having leads delivered to them, making it the best channel to build their brands. Book a Flow Demo now to see the future become the present.